How magical it is to be wrong!

I used to think that being wrong was one of the worst things that could happen. If I were wrong (gasp shudder) I would be humiliated. And if people were to find out – well, they would know that I was a fraud and my worth as a human being would come into question.

Do you think I’m exaggerating? I’m not. Okay, maybe just a little bit.

But I lived in a universe of microdrama (remember that word?) in which every thing I did was a struggle not to be wrong – or if I were wrong, not to be found out.

And let me tell you, that is some compound shit – as in it piles up on top of itself and crushes youI

One of the best years of my life was a good while back – the year that I discovered it was okay to be wrong. I didn’t die. I wasn’t kicked out of the human race. My people loved me anyway. But even better, they LIKED me more when I learned to say things like “I’m wrong. I’m sorry. My bad and can I fix it?”

Even more important, I liked me better. I liked my life better. I wasn’t living under the pressure of a layer of compound shit.

And from there, things really took off…almost like flying.

Once I discovered that it was okay to be wrong, so many more things became possible.

I was able to try things I had been afraid to try (because, you know, what if I’m wrong?)

I stopped arguing. It just went away.

I was able to let go of tons of mistakes I’d made in the past.

It was okay if other people were wrong.

And gradually, it has even become okay if other people are wrong about me.

How magical it is to be wrong. It’s almost like flying.

p.s. Saying “my bad” and walking away is only okay on the basketball court. In real life, you need to know (or ask) if there’s follow-up required.

p.p.s. It’s 2019. Lots of people set lots of goals, and you know what’s going to happen in a couple of months, right? There’s a different way to approach goals – one based on starting from a peaceful foundation, which is a lot like getting a thought alignment. If you want to talk about it, email me (maggie@talktomaggie.com) or schedule a free mini session with me (here). A mini session is a short coaching session, where we can talk about the noise that’s holding you back and what you can do about it. We can set you up to succeed without struggling! You have time! 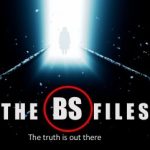 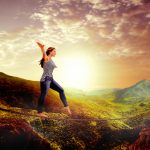