The BS Files are kinda like the X-files – full of myths and urban legends and mysterious things. I feel that it is my duty to tackle them (occasionally). Because, you know, the truth is out there.

Here’s what many of us believe: If I didn’t feel guilt, I wouldn’t be motivated to do what I should do. I need guilt. Without it, I would do whatever I wanted!

Oh, there is so much wrong with this!

First, it’s completely illogical. Guilt happens AFTER we do something we don’t think we should do. Not before, after. If you feel guilty, you’ve already done the thing. Even if you were afraid of feeling guilty beforehand, if you feel guilty, that means you already did something. Guilt didn’t stop you, which means that it sucks as a deterrent.

Second, it presumes you either have no conscience or are unable to listen to your conscience. Big bunch of BS there. You run around all day doing what’s right instead of what’s wrong, just because you are inherently good, remember? You just don’t trust yourself.

Third, the ‘if I didn’t feel guilty I would do whatever I want’ part.  What if you DID do whatever you wanted? What makes you think that would be bad? Who are you? McCaulay Culkin from Home Alone? Look at what you really want. It’s probably pretty awesome.

Fourth, guilt travels with a partner – shame – and we use them both for stupid stuff. You feel guilty for eating a cookie; shame for not being as beautiful as a model. REALLY?!? Guilty? Are those really moral choices?

Finally, we use guilt because we were taught to use guilt. It’s historical, religious, sociological and cultural. We are taught to feel guilty as a way to manipulate us to behave in specific ways (work harder, buy more, give money, respect authority, etc.). We were taught to believe that guilt and shame are appropriate responses and motivators for change.

Is there a place for guilt? Absolutely. It is a valid response for the big stuff – like justice – but it’s not a daily vitamin.

Truth: Guilt is not an effective motivator for change.

p.s.  Want to start a conversation? Send me an email  maggie@maggiehuffman.com

Have a topic for the BS files? Let me know and I’ll give it a go! 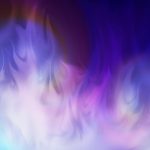 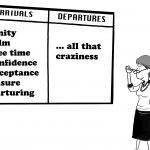